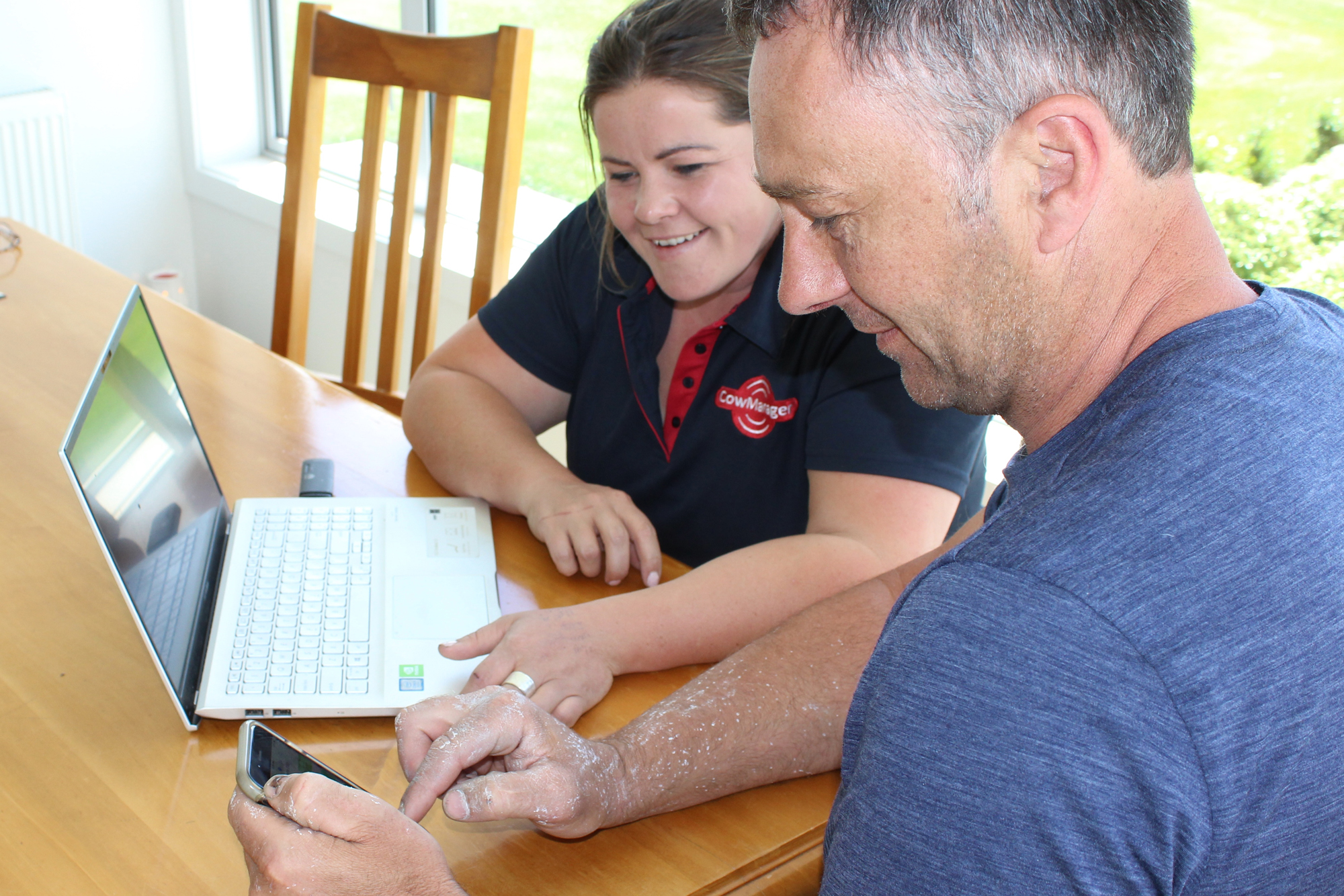 Ears To The Ground

Home | Ears To The Ground

Ears To The Ground

Technology in the form of CowManager plays a major part in the operation on the Adams’ Otago farm.

Story and photos by Karen Trebilcock

Article from the January issue of Dairy Exporter

There’s no tail paint on Mark and Tracey Adams’ dairy farm at Woodside near Dunedin. There are no bulls either. What is there are seven solar-powered routers on fence lines throughout the 140ha farm and all of his 400 cows have orange CowManager tags. And Mark’s phone goes “moo”, even in the middle of an interview with the Dairy Exporter, to tell him a cow has come on heat. “It’s a non-cycling too,” he says smiling, checking the graph of the cow’s activity on the phone’s screen. Mating this year has been anything but normal for Mark and his two staff. CowManager tells them which cows are on heat, they’re drafted through Protrack and inseminated, with the LIC technician saying all of the cows submitted are definitely on. There are few short returns, if any, as well. “It’s just taken all of the pressure off,” Mark said. The technician uploads the mating information on the DataMATE app before he leaves and it arrives in MINDA and then is uploaded in Cowmanager within a minute or so.

Mark can check on his phone which cow has been mated with which bull even before the dust has settled on the tanker track. Submission rates have been about the same as last year but last year he used CIDRs on 15% of the herd. He’s hoping CowManager will lower his not-in-calf rate, which has stayed stubbornly high over recent years. Wanting to use short gestation semen over his late cyclers to bring calving dates forward, Mark has been keen to get rid of bulls on the farm for a while. He tried FlashMates two years ago but it didn’t help and, wanting to make picking cow heats easier, he’s turned to CowManager. CowManager, supplied in New Zealand by Senztag for the past seven years, is used on more than 100 farms so far with 20 of them in Southland and Otago under the care of Alicia Keown. While the hardware comes from Germany, the United States and the Netherlands, its home is the Netherlands where creator Gerard Griffioen employs 60 staff. “It’s very much run as a family business still,” Alicia said. “Gerard is a dairy farmer with an engineering background. He wanted a non-invasive way that could monitor cow health and he came up with the ear tag. “Now he’s started working on similar systems for people too, monitoring things like heart rate and glucose levels.” She said after four years of development in the Netherlands, CowManager arrived in New Zealand in 2012. 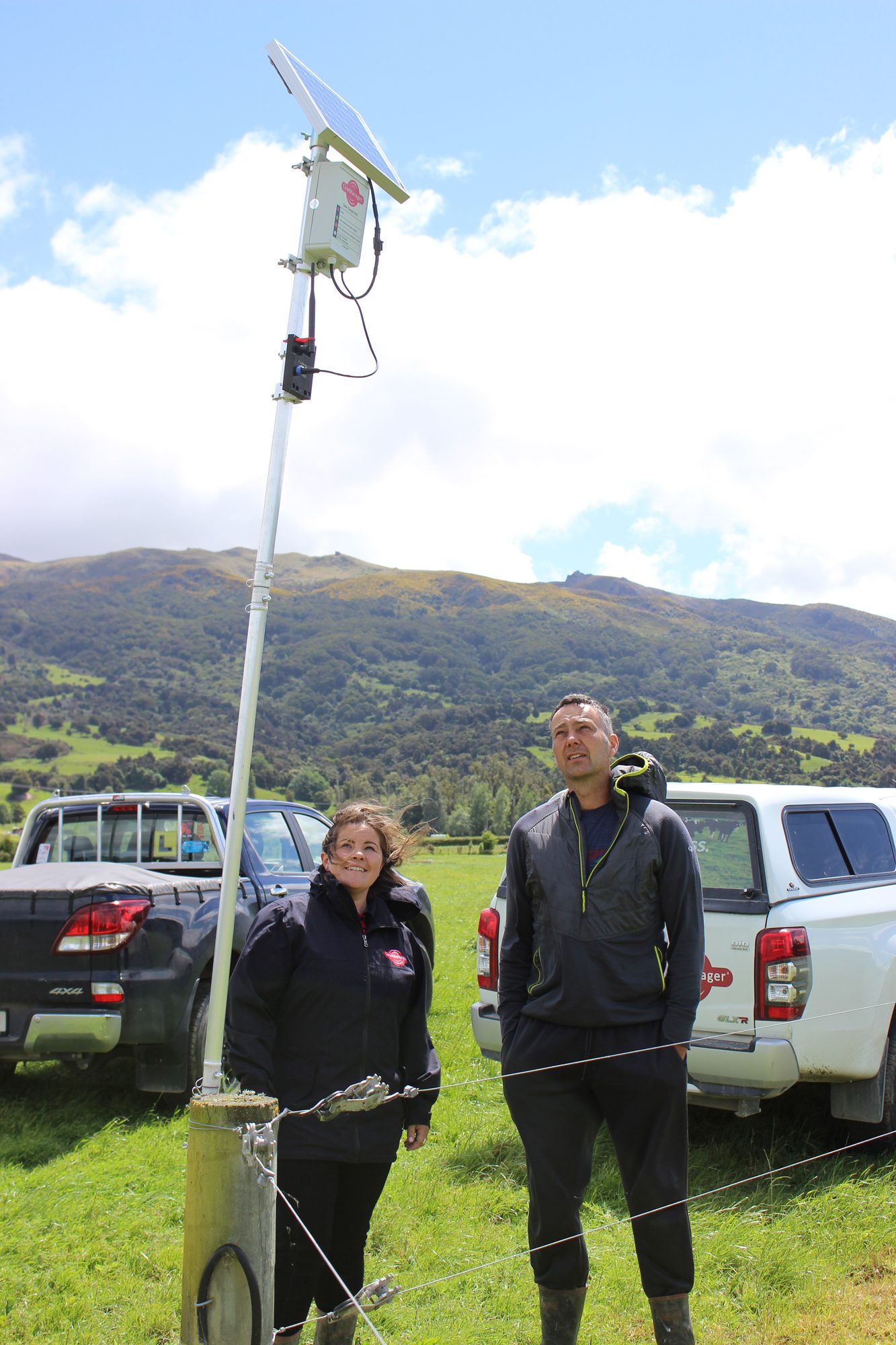 Even though the two countries have very different farming systems, the algorithms it uses can adjust to our grass-based feeding where cows stay outside and walk long distances. “We’re very much focused on what an efficient cow is in New Zealand. We’re always looking at the data.” CowManager differs from other monitoring equipment as it measures the cow’s ear temperature as well as movement and all of that data is captured every 15 minutes. “Gerard knew that if you wanted to find out whether a cow was sick or not, you felt their ears. A cold ear is a sure sign of illness,” Alicia said. “That’s why he made sure CowManager monitored the temperature of the ear. “Every hour all of the data is uploaded to the cloud using the routers on the farm and if there is anything that is not the normal pattern of behaviour for that cow, an alert is sent immediately to the farmer’s phone and their computer.” The app can be installed on multiple phones so staff and even the farm’s vet can see what is going on. Individual cow’s data can be looked at or a herd overview. Both 3G or 4G broadband works, and if there is a power cut or the internet goes down, the tag can store the information for up to seven days until it can upload again. The farm is mapped to make sure the routers are evenly spaced so there are no dead spots. As well, the CowManager software integrates to “every drafter and system you can think of”, Alicia said. For a 600-cow farm, the cost is about $30 per cow per year until the hardware is paid off and then it’s only a yearly subscription.

The three modules – health, nutrition and fertility – can be turned on and off separately so farmers only pay for what they use. Most farmers use the health module all year, with fertility only turned on during mating and nutrition during transition feeding. Mark is thinking of tagging his yearlings next year to mate them because it would be cheaper than using a CIDR. “Yearlings don’t have health issues such as mastitis or lameness, but it would certainly be beneficial for mating,” Alicia said. The tag measures head movement as well as the ear temperature and uses algorithms from the data to detect health problems such as mastitis, milk fever and lameness, as well as rumination and mating heats. A drop in ear temperature by seven degrees compared with the rest of the herd shows illness, up and down motion shows eating, and side to side motion shows rumination (chewing the cud). Non-active time shows resting but does not determine whether the cow is lying or standing. No movement for four hours causes an alert. Increased activity and a drop in rumination show a mating heat. Mating heats have a heat state scored from one to 12 which helps the farmer determine how strong the heat is and when to put the cow up for AI. “Sometimes you’ll see a cow go up to four and then nothing happens, but other times it will shoot up to 10 or 12 and then you know it’s really on,” Mark said. But he got caught out at the start of mating when his trough system failed on a hot day. “We had about 70 cows alerting on high activity which can indicate as being ready for AI. They were walking around searching for water and when we realised what was happening we went back and looked at the premating heats and found out which cows were really on.” When a cow does not come back on heat following insemination it’s identified as pregnant. If there is another heat a month or so later it shows a potential abortion. It also picks up non-cyclers for vet checks.

”"It’s just taken all of the pressure off" 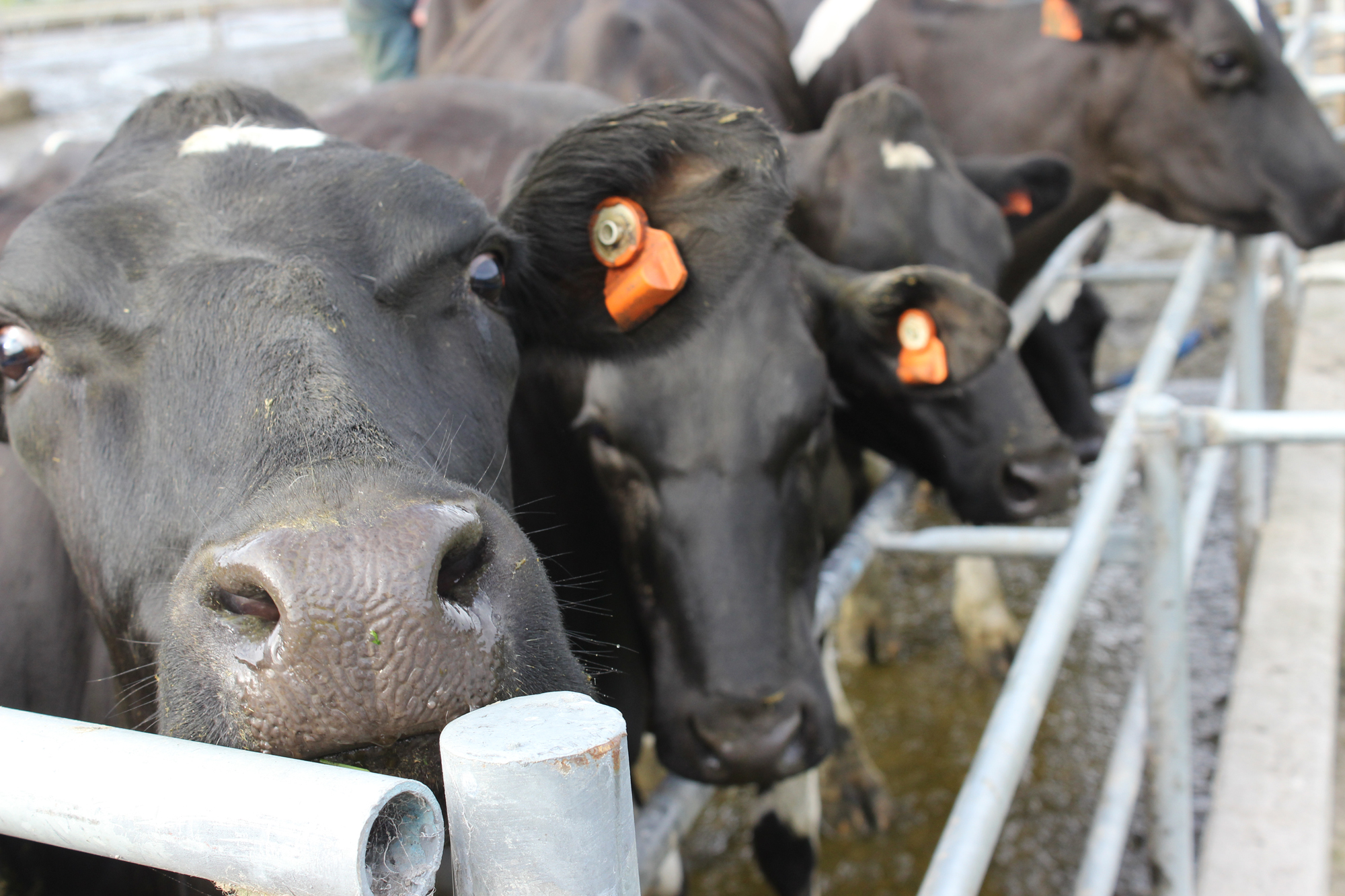 Mark had Alicia install the system in July and he was soon appreciating the benefits. After checking his calving cows he could go home and watch on his phone whether a cow got up again afterwards. “That was really good. Being able to go to bed at night and not worrying. “One day the tanker docket showed a spike in the cell count and before the next milking there was an alert on a cow for mastitis. “We treated her and the cell count went back to normal. Instead of having to check every cow in the herd, CowManager found her for us.” Alicia said for other farmers CowManager had identified metabolic diseases before cows went down and had also alerted on cows with a displaced abomasum. “It comes up as a health alert and it’s more common than people think. Once picked up it can be treated by the vet.” The nutrition model looks at eating and rumination times and farmers can compare the data of different groups of cows in different paddocks or on different crops. “A cow that is eating and ruminating is making milk. It’s an efficient cow and that’s what we want.” Mark’s cows are mostly grass-fed with crop in the winter, and he’s keen to start looking at how the nutrition module can help him once mating is over with. Alicia said the algorithms the software used were constantly updated and system upgrades were automatically installed each month onfarm. “We’re always talking between Holland and here. Lots of late night online meetings. Until this year Gerard was coming all the time to see how it was working and talking to farmers.” Alicia is also able to look at her farmers’ data as it’s collected. “Last year we were speaking with a farmer and at the same time CowManager was reporting an unusual activity on his herd and sure enough the cows had got out and were running down the road.” During mating she is checking non- return rates and is always only a phone call away as well as making regular onfarm visits. “Farmers can have the system installed at any time of the year but we like to have it up and running at least one to two weeks before say calving or mating, just so the algorithms have time to adjust to the herd and farmers understand how it all works.” She said farmers with CowManager were starting to get together to compare data and ways to use it. “We’ve had lots of interest and I suppose it’s like any new technology – farmers want to see how it works for other people before they commit themselves. “We’re finding one person gets it and then their neighbour and then those down the road.”

Senztag Ltd is the official distributor of CowManager in New Zealand.

Senztag, Data at your fingertips.