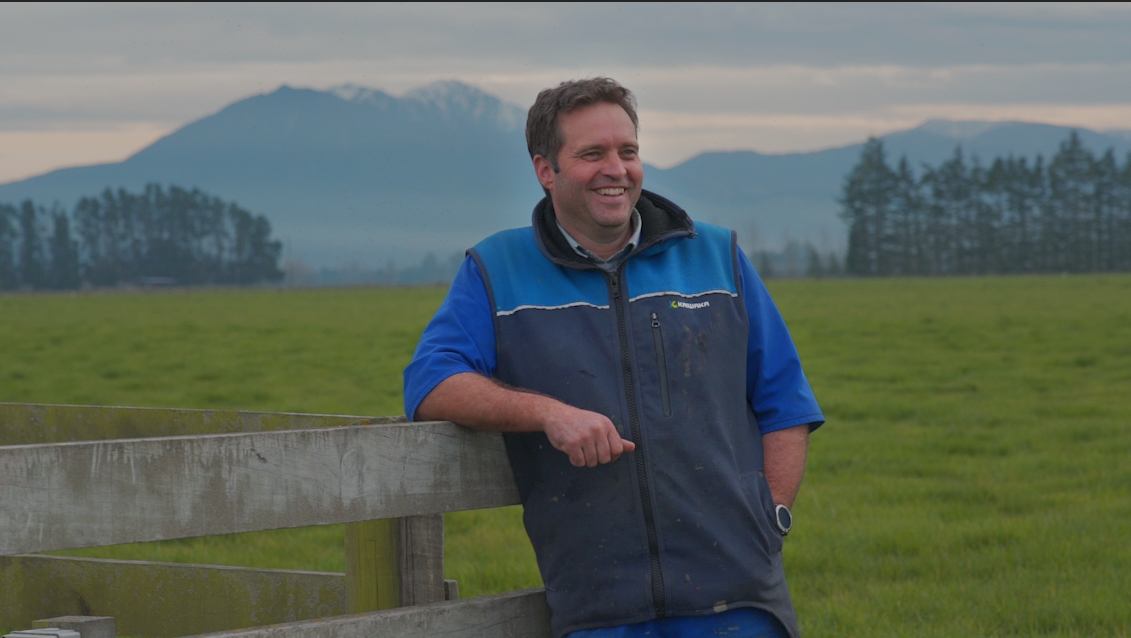 Kintore farm can be found in mid-Canterbury just south of Ashburton. Priding themselves on their Powered by People slogan Nick has been here since 2005 and has 15 years’ experience at Kintore Farms. Nick believes in having the right tools for the job and is not shy when it comes to embracing new concepts to increase the efficiency of his dairy operation. Kintore which is made up of Wainui Dairy, Katoa Dairy, a runoff block and a few lease blocks (which are used to grow the large majority of their own inputs) is currently made up of two major herds. One herd is around 820 cows and the other 730. Both herds are currently run using a system four feed ratio with animals being wintered on the surrounding support blocks.

Nick is constantly reviewing Kintore Farms efficiency, from tech solutions to planning and sustainable practices he is always looking to optimise their farming system. Kintore Farms first experience with CowManager begun with a trial of 100 cows in July 2019.

“We ran them through the first 5 weeks of mating, we could see at that stage CowManager was picking up all the heat cows we were and some that we hadn’t, this gave us the confidence to roll the system out to the whole herd.
Once the pregnancy test results came through we could see a lift in the in calf rate and drop in the empty rate in the CowManager ones, at that point we decided to add the second farm to the system”

Tracking the systems mating and health results Nick analyzed all the results he received from his own head to head trial. Based on these results Nick has now installed it on both herds at Kintore farms. Currently one of Nick’s favorite things about CowManager is having access to incredibly accurate data. The data has given Kintore the ability to see what is going on with a cow even when the cow is showing no signs. “usually you don’t see a problem until the cow is showing reasonably serious signs or goes down. With CowManager we can identify cows of concern and work with them before they become sick or unproductive.”

Nick is looking forward to this mating season and is excited to have access to the premating data without having to do any tail painting. “CowManager is our safety net. You never know how mating is going to go however with the data CowManager provides it has given us the ability to see if there is an issue early on.”

Driving for lower replacement rates means Nick aims to keep the best quality and minimal number of replacements. Having a good mating is important, however low wastage rates and detecting health issues is also critical. During the previous drying off period, Nick had a group of the cows break out onto the fodder beet. Normally when that happens, we have to pull them all off and slowly begin transitioning them back on again. “This is a lot of work and a lot of cost, this year however because of CowManager we could see the 15 cows that had been affected by the breakout, allowing us to isolate the effected animals and give those animals the attention they needed. The unaffected animals could return to normal.”

It comes down to precision farming and the access to accurate data, this gives us the ability to make precise decisions. Nick is a farmer who has utilised technology to advance his farming strategies and increase efficiencies in the past. However having been on the “bleeding edge” with tech in the past, CowManager rose above that with the results it provided. Nick also received fantastic feedback when he spoke to farmers who already had the system both domestically and internationally.

CowManager is a well-established award-winning team internationally and Nick saw this as proof of the system’s success. The seeing is believing trial gave Nick the ability to run his own head to head test of the system during mating season 2019. Having used the system, analyzed his results and experienced the interface, Nick believes and trusts the data it provides and now has the system installed across both herds at Kintore Farms.

Senztag Ltd is the official distributor of CowManager in New Zealand.

Senztag, Data at your fingertips.